This is the first part of two posts dedicated to a very special location. It’s a place, in Val Chisone, inhabited by beautiful giants with verdant manes: the forest of Chambons.
It’s located right above the Chambons hamlet in the town of Fenestrelle, not so far from Torino. But why is it so important? Well, you must know that this isn’t a normal forest, but it’s been, and partly is still today, the reason why the inhabitants of the hamlet can sleep peacefully. A selva (sylva) is also called serva, from the French word réserver, that means preserve, safeguard, highlighting its main function. A serva, indeed, is made by trees planted by man in order to create a shield and protect a town from the natural events. For many centuries the forest of Chambons has been made up of larches, trees that even antique Romans used for this purpose.

The word larix (the latin noun for larch) comes from a pre-Roman Indo-European language and it means “king of trees”, because they were cult figures. Surely, the ancient populations must have been impressed by the magnificence of the trunks and by their longevity: larches can be higher than 40 meters, larger than 1.5 meters and older than 400 years. This tree has been wisely chosen by our ancestors as a shield to the towns, thanks to his roots, deeply planted in the ground and capable to prevent landslides and erosion and slow down avalanches. 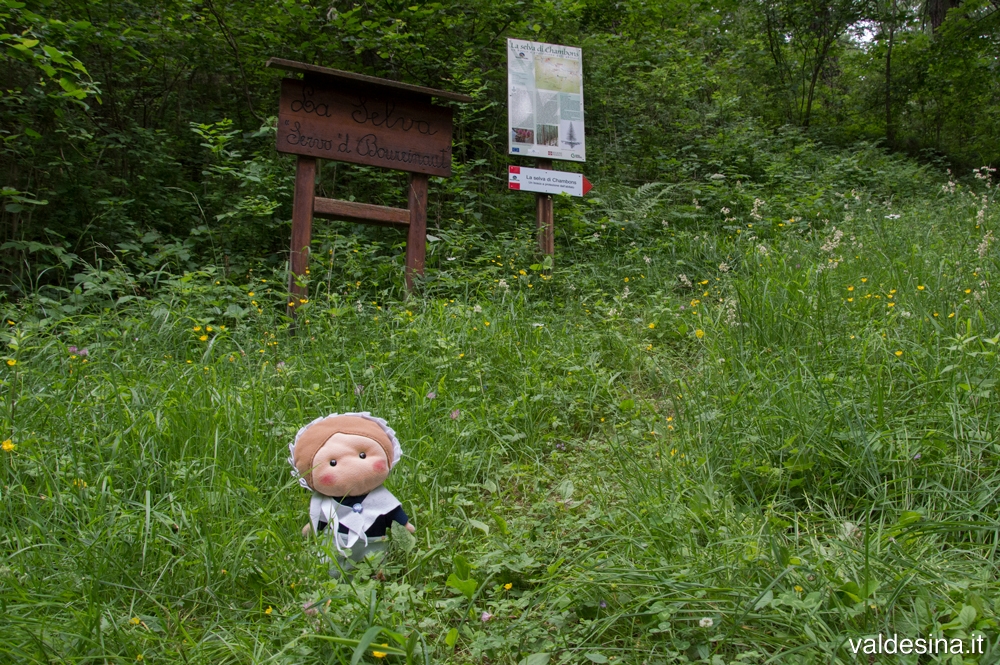 The occurrence of these natural events is not a groundless fear in the territory of Chambons: the average slope of the mountain above this village is 60%, up to peaks of 70%! But then, why did the ancient inhabitants, whom I previously called wise, decided to build something right there? The reason was a land so flat and fertile, thanks to the torrent Chisone that crosses it, to make it unavoidable: the name Chambons comes from the French expression champs bons, literally “good fields”. It is known that the village was already in development in the 1300s and some documents from the 16th Century attest the presence of the forest in that epoch. 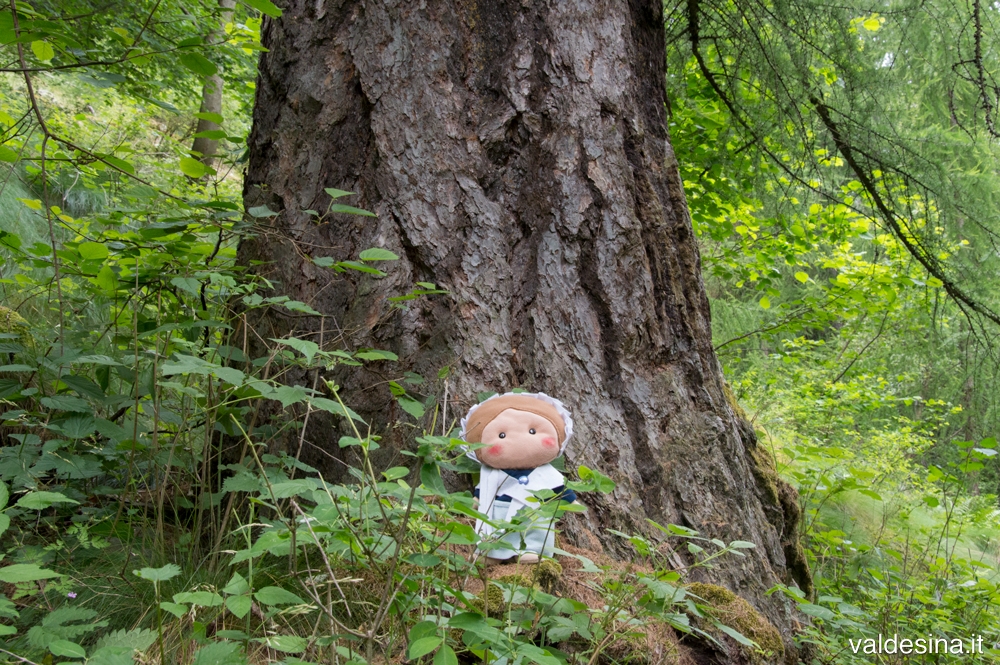 In the same papers the forest was recognised as essential for the protection of the village, and it was forbidden to cut down the trees of that place, which once was known as Boc Reynaud. The inhabitants of the hamlet knew the importance of this vegetable shield which safeguarded their homes and their families, but are we sure that the local administrators outside from the village were so wise as well?
In the second part of this post I’m going to tell you how the inhabitants of Chambons bravely tried to preserve the selva during the centuries, and this is the reason why we are still able to admire many ancient and majestic larches.