Not far from the small town of Prali, in Val Germanasca, you can find the plateau of Tredici Laghi (Thirteen lakes), located at 2.300 meters of altitude. It’s an enchanting place, a wide tableland surrounded by peaks. Here, walking through easy trails, you can reach many small alpine lakes. Once there were 13 tarns, and the place has been named after them, but nowadays some of them are gone. Nevertheless, coming here is definitely worth the effort!
The lake I’m telling you today is one of the largest and most beautiful: the Lago dell’Uomo (Lake of the man). At the origin of its name there a sad legend which talks about love, compassion and bravery. 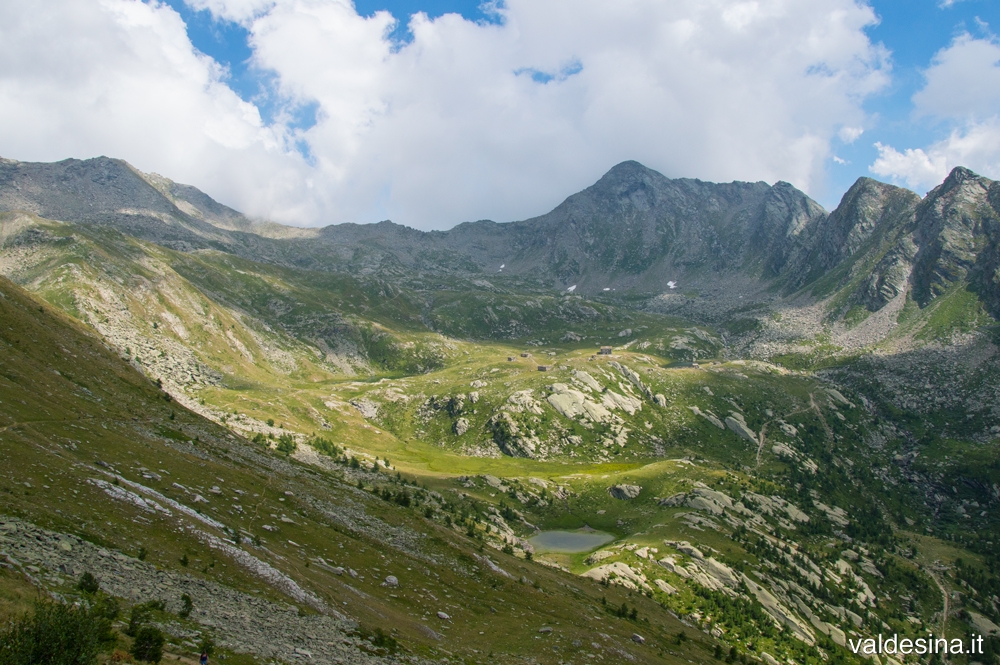 Long time ago a knight, son of a noble family from the plains, was hunting near here and he came across the edges of this lake. The surface was frozen and right in the middle, on a huge ice block, he saw a beautiful nymph. He could hear his heart beating: he had fallen in love so much that he tried to reach her. As soon as he touched the water, instantly he got turned in a floating ice block that reached the others. 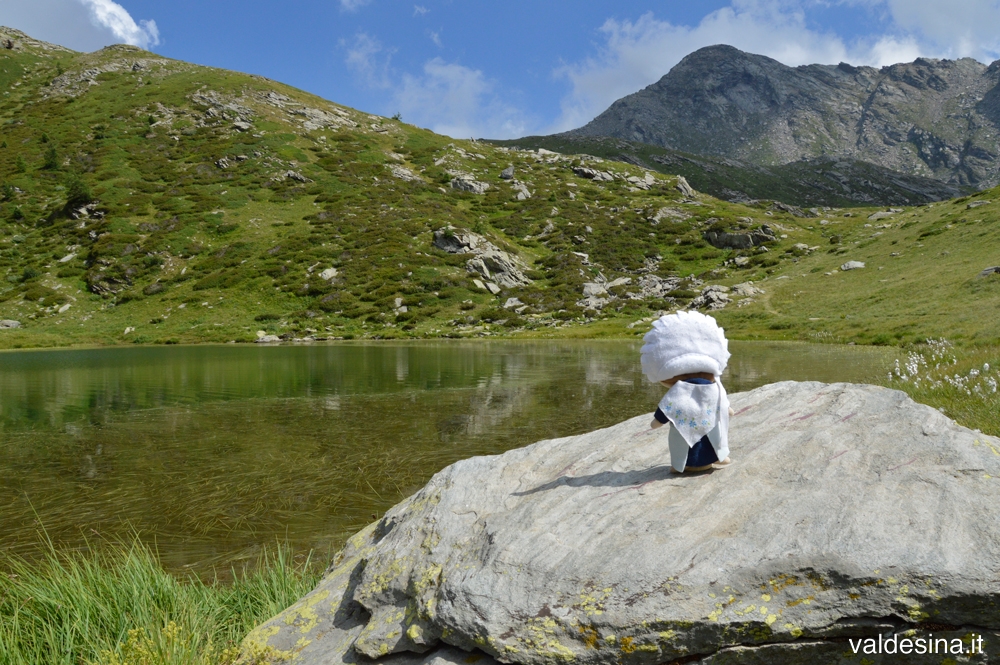 The sad news of the unlucky destiny of the young knight spread soon across the kingdom and the son of the King, who heard about the incredible pulchritude of the nymph, decided to go to Prali. As soon as his glance bumped into her, he fell in love, and she as well. The beautiful girl, crying, told him that she was imprisoned by the lake and that only a man could save her. Unfortunately, everyone who tried to reach her had been turned in ice blocks, and so she begged him to not touch the water.

But the prince had an idea: he knew about a special breed of Tibetan sheep capable of resisting at the lowest temperatures. Resoluted in his will of not abandon his love, he started his long journey. In that far lands he bought a whole flock, but many of the sheep didn’t survive to the long trip and when he got back only two of then were still with him. 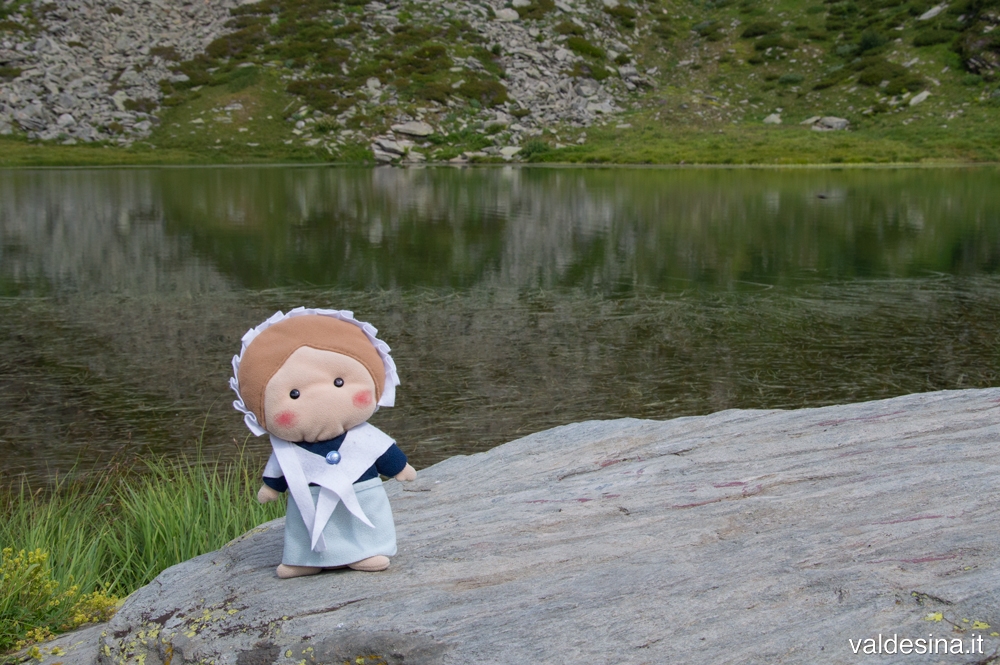 The day of the feat, on the sides of the lake the whole courtship was gathered, and even the King himself! The nymph coudn’t wait for the arrival of his saviour, who was riding one sheep and holding the reins of the other. The two sturdy animals permitted the prince to reach the center of the lake, so the girl threw herself at him, full of love and gratitude. The crowd bubbled up with joy when the two came ashore, safe and sound. 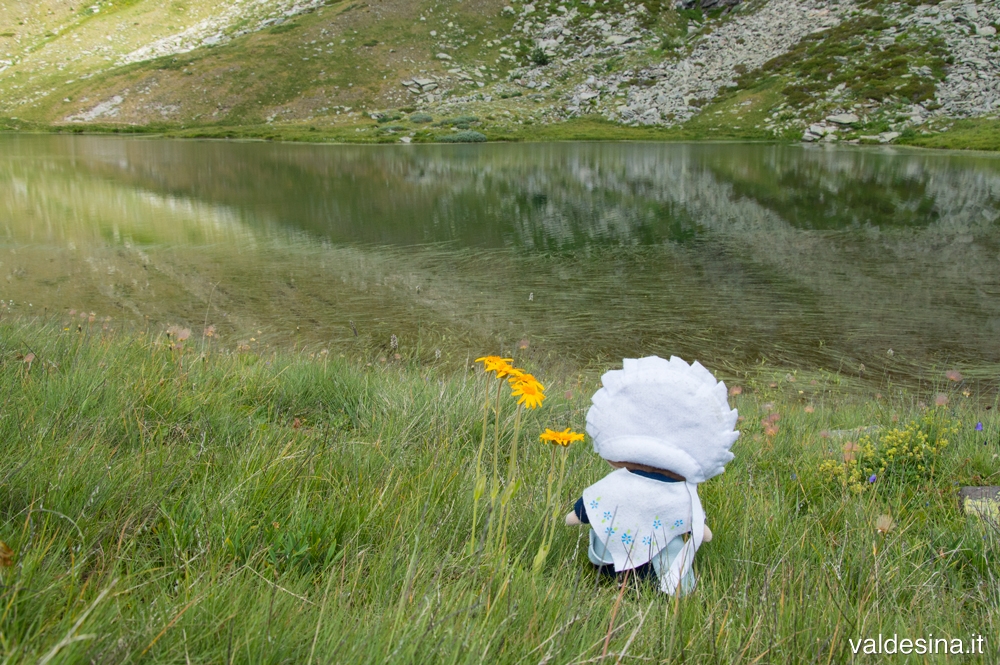 Unfortunately, during the crossing of the lake one of the two sheeps had started to fall behind and started to flail and bleat desperately. The prince couldn’t allow that the creature, who had helped him reaching happiness, could drown, and so went back in the water riding the other sheep. When he reached the first sheep he embraced it, but immediately the curse of the lake acted and the three quickly sank. The nymph shouted by desperation and jumped into the tarn. That day, on the surface of the bewitched lake four new ice blocks appeared. Still today it’s said that some days you can see, on the bottom of the lake, a shadow with the shape of a man embraced to an animal. 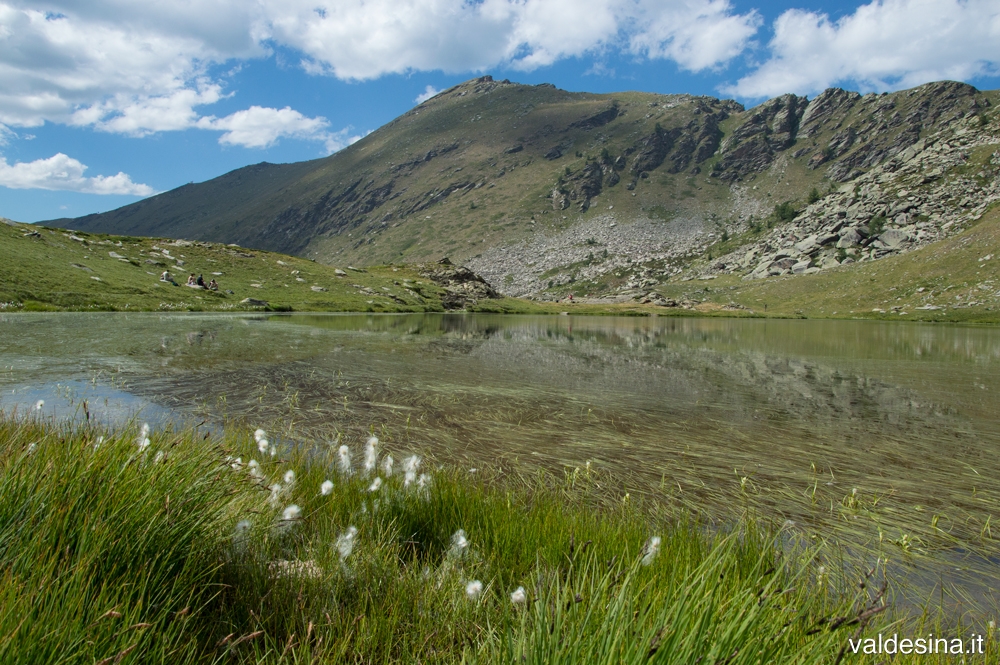 How to get here
From Pinerolo follow the directions to Val Chisone and then to Prali, in Val Germanasca. To get to Tredici Laghi during summer you can take the comfortable chair lift which takes you at the right altitude. If you are good hikers you can choose one of the trails and walk to this beautiful plateau.