Today I want to talk you about a place that’s outside from the Valleys, and for this reason I’ve prepared a bigger sandwich to start my journey to Crissolo, in Val Po. I’ve heard many times people talking about the Rio Martino cavern, a place that in some ways is connected to the history of Waldensians.
So, equipped with my boots and a headlamp, I ventured into the darkness to visit the lower branch of the cavern, an area that’s easy to traverse even if you don’t have particular gears. The trail is more than 500 meters long from the entrance on the slope of Rocca Grané, passing through the tunnels created by the creeks flowing inside the cavern. 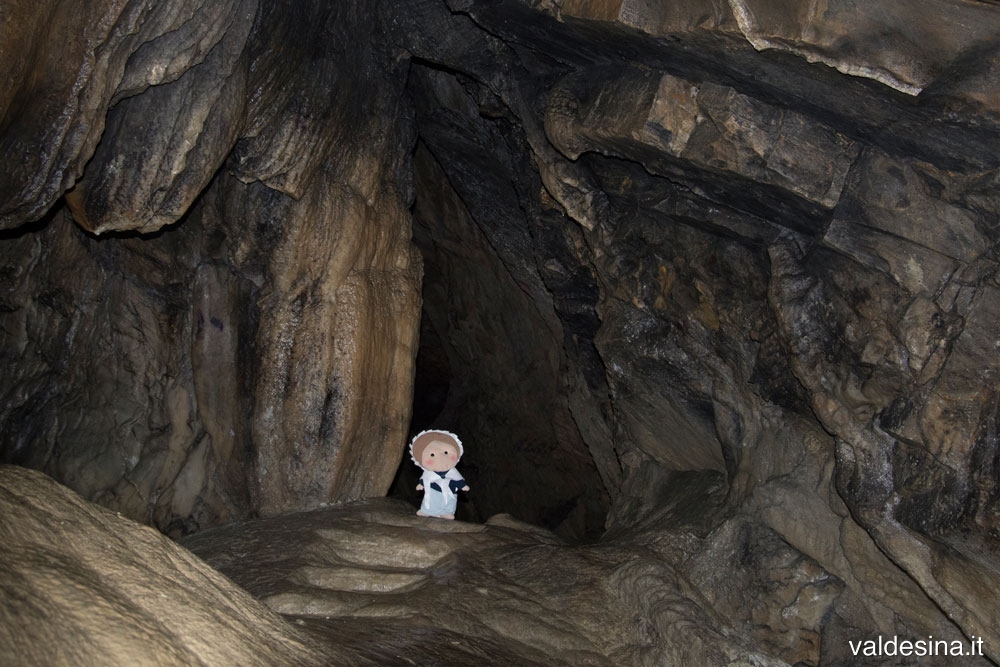 In ancient times, the cavern was probably used as a shelter, because inside it the researchers found many tools that date back to Neolithic.
It is said that during Middle Ages the cavern was haunted by masche (witches) and other wicked creatures, and this could be the reason why at the end of the 16th Century some Jesuits, who were in the valley to convert the inhabitants of Crissolo, who recently had embraced the Protestant faith, decided to bless the place to clear it from bogeys.
In 1655, this place was used to conceal the relics of San Chiaffredo. In that period the Duke of Savoy had exacerbated the persecutions against Protestants, and so the acting Vicar of Crissolo, who feared that the Waldensians could react ruining the remains of the Saint, organised a procession from the sancta sanctorum of Crissolo to put them in a safe place deep in the darkness of the cavern. 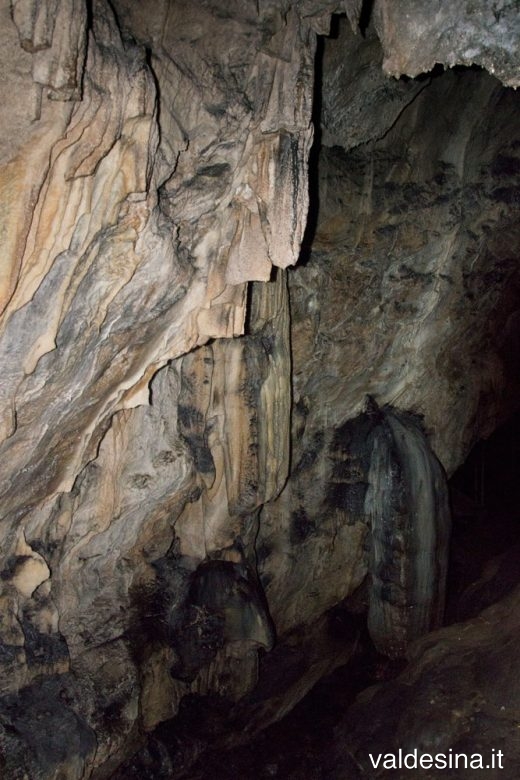 The sound of the flowing creek befriended me in this wonderful and daring trail, between narrow passages that spread in wide corridors, stony stepladders and gangways on the water. At a certain point I heard a distant roar and I understood that I was arrived at the end of the underground branch. A huge room, the Gran Salone, spreaded in front of me, and the peal of the underground cascade of Pissai became almost deafening. This waterfall is 40 meters high, and the impact of the water on the ground fills the air with small cold drops. If you don’t have a powerful flashlight you’ll be barely able to see it, but the experience remains breathtaking! 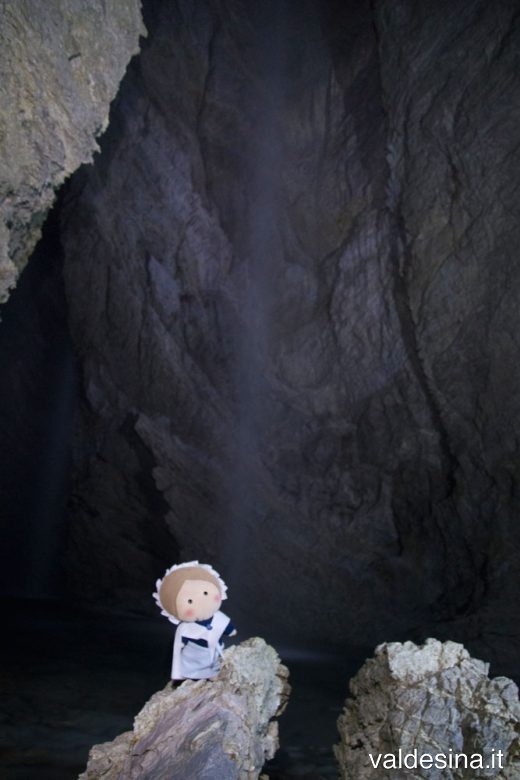 The path inside the cavern is quite flat and safe, but you have to be very cautious about where you put your feet: some of the gangways don’t have a handrail and the moisture is high, so everything is slippery. Inside the cavern the cold is intense and there is total darkness, so I suggest you to take with you more than one flashlight and some backup batteries.
The value of this place is not only historical, but also ecological, because it is the house of 10 different species of bats, and this is the reason why the cavern is open to people only during the summer, because in this way there’s no risk to disturb their hibernation. This is very important: if you spot a bat, don’t touch it and don’t point your flashlight at it. The caverns are fragile ecosystems, so it’s better if you read the informative panels near the entrance: there you will find all the informations you need to respect this place. 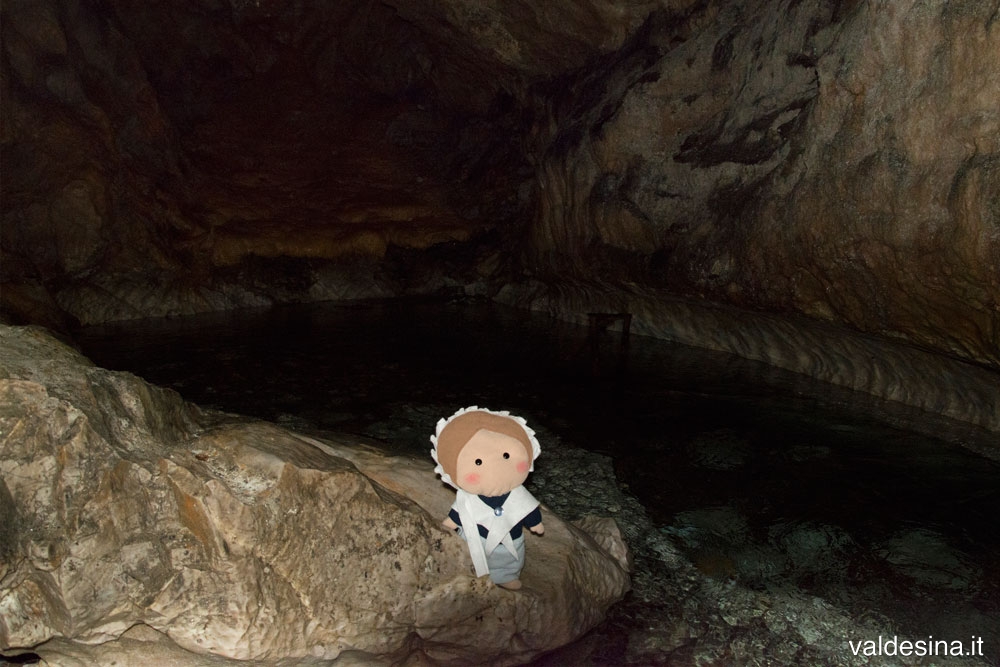