Hi!
Today we are back in hamlet Vrocchi of Bovile hamlet, in the municipality of Perrero, in order to visit together the mill for cereals that is right here and that used to work till the end of the 19th century. Afterwards it remained in disuse until 1936 when it was restored; in 1945 it was electrified, that’s the reason why we do not see the typical wheel, but only its hollow in the ground. In the two rooms inside we can observe almost all of the original equipment, including sieves and gears, millstones, the hopper and the kneading trough.
Stones for mills were usually purchased outside the Valleys; in this case you have to know that they came from France and were transported to Bovile on a sleigh pulled by hand from Chiotti hamlet! 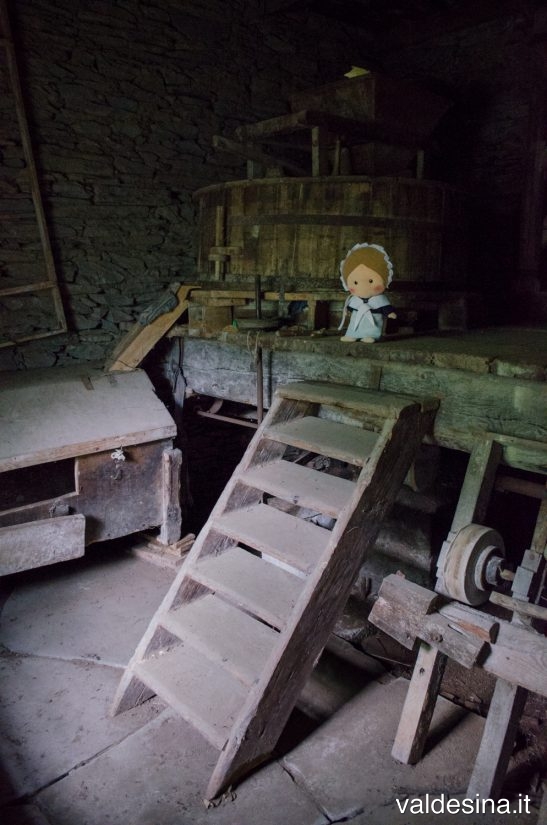 The mill was used to grind cereals and was operated by water taken (not far) from the Coumbo da Sanhas and then conveyed here to set the wheel in motion: this generated the energy that allowed the millstone to turn and crush the cereals.
Inhabitants of the valleys used to bring their harvest to the miller and he would decide, based on the type of seeds and their hardness, the order in which to grind them (for example buckwheat, also called “granét”, which is particularly hard, would be milled last). 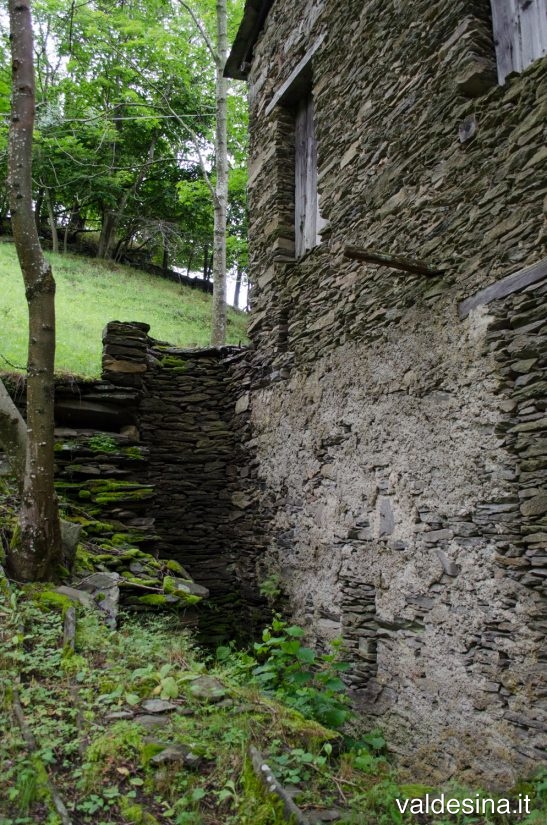 Each hamlet had its own mill which was essential for the survival of the mountain dwellers to produce bread, which was the basis of people’s food.
In the same way each village was equipped with a common oven and a fountain, built with the help of everyone, and which management and maintenance were entrusted in turn to the various families of the township.
The oven was usually placed in a corner away from the houses, to avoid the danger of fires; once a month it was lit and so it remained, day and night, until all the families in turn had cooked their own bread.
The mountain villages were in fact little “totally self-sustained” centers, and the place where they arose followed some essential criteria: the most important were the exposure (usually on a sunny slope that enjoyed many hours of sunshine even in winter) and the presence of one or more water sources. It was also essential that there was room for fields, vegetable gardens, stables or chicken coops that could guarantee the presence of fresh food (together with the products harvested in the woods).

How to get here:
from Pinerolo go straight into Val Chisone and, when you get to Perosa Argentina, take the road for Val Germanasca. In Perrero (Chiotti Inferiori) you’ll find on your right an upward road and the road sign indicating Villasecca, Vrocchi. Take this one and go on for 6kms until you reach the Vrocchi hamlet in Bovile.