Hi guys!
Today I want to enter the woods of Rorà, in Pellice Valley, to go and search for a place which name is directly connected to a historical event that seems to have happened here.
I really would like to see the place where the bandit Giosuè Gianavello succeeded in cheating the enemy troops with just a children’s toy …
…so here I am at Pian d’la Svirota, but I’m a bit puzzled because I do not understand how enemies getting near could be seen from here…

“Because once all of the trees you can see here were not there!” 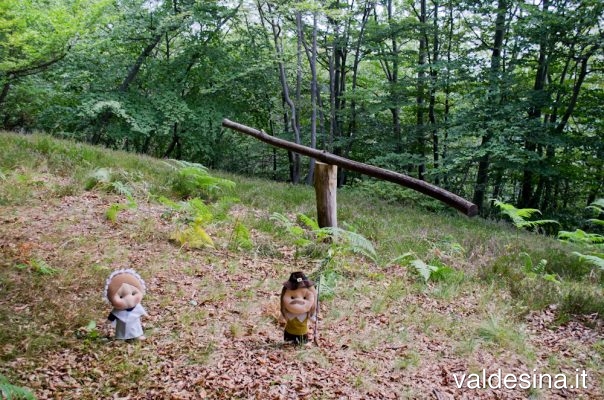 Oh, great!!! Nobody better than you can answer my questions! Are we really at Pian d’la Svirota? And how was it possible to stop the king’s troops from this high ground?

“You’re in the right place, Valdesina, but once this place was free from all the greenery you can see now, and there was a perfect view both on the village of Rorà and on the road that went up from the plains. You should also know that the road you took to reach the town is rather recent: in my time there was another way to go, known as the Old Road to Rorà,  coming up out of the Verné hamlet.” 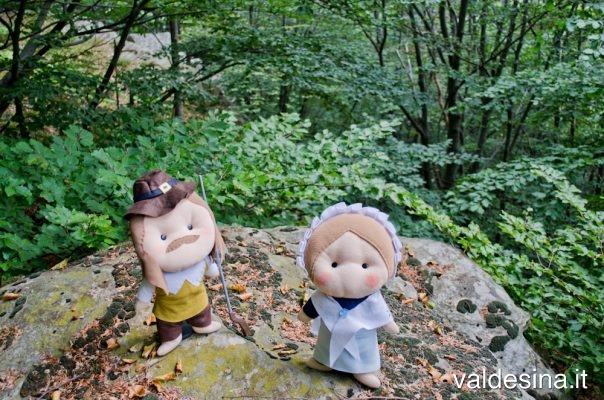 “During the period of persecution, I was a refugee in these woods with some friends who had decided to rebel against the oppression of the king’s soldiers. Every day some troops were sent up from the plains to the mountain in order to seek us out, and we were really too few to resist their attacks. Sometimes we could hide in the forest (since we knew it as the back of our hands), but other times we were forced to retreat in a hurry.
One day, passing on this flatland, I had an idea: even though we were fewer in number than our opponents, maybe we could make them think otherwise!”

…and how was it possible to make the soldiers believe that Gianavello and his Bandits were many more than what the soldiers thought?

“We built, right in this point, a “svirota”, a kind of horizontal swing, made up with a plank of wood fastened to a stump of a tree with a linchpin. You can swing, but we started to push the board by turning on itself. When I saw the troops advancing on the road, I put two of my men on one side of the plank and two on the other hand … I also made each one of them wear two different pairs of trousers, so that each leg seemed belonging to a different bandit.” 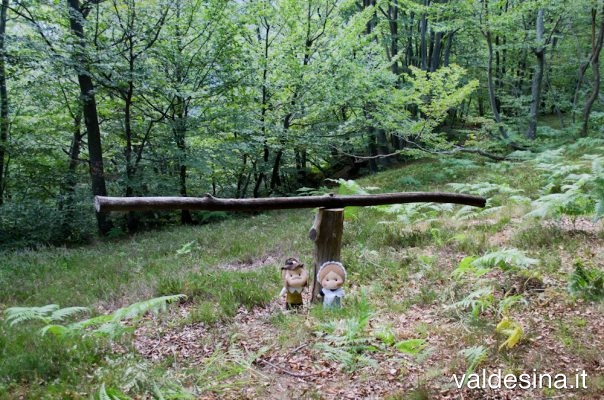 In this way the king’s soldiers, who in the meantime had reached Rorà, had the illusion that a very numerous troop of bandits was coming down from the hills to attack them, so they ran away in panic.

“Today the trees don’t let us see the plain, but this was a great observation point! There are many other places like these throughout Waldensian Valleys, and maybe in your walks it will happen that you get there!”

…so I’ll get myself back on the road, who knows what my next adventure will be?!…
Thanks a lot Gianavello, I’m sure we will meet again!

How to get here:
reach the city center of Luserna San Giovanni and from there take the Provincial Road 162 to Rorà. From the town center then walk along Piamprà st. for 1.5 km until you see signs for Rocca Roussa and for the Alpine camp Piccolo Tibet. After 700m on your left you will find a nice trail that will take you in a few meters to the Pian d’la Svirota.