With this post I want to launch a series of articles dedicated to the legendary creatures which populate Waldesian Valleys.
Today I’m going to describe you the most famous: the dahu!
It is said that this animal looks a little bit like a goat with long horns but also fitted with long fangs. Despite of being a mammal, it lays eggs. Do you think it’s weird? Well, the platypuses do it, too! But the real distinctive trait of this animal is another: it has the legs on one side of the body far shorter than the other side ones. Can you figure out the reason? Since this animal lives on highly precipitous mountains it adapted itself to the slope in this weird way. In this way, however, it’s forced to move always in the same direction, without turning back, otherwise it could lose its balance. 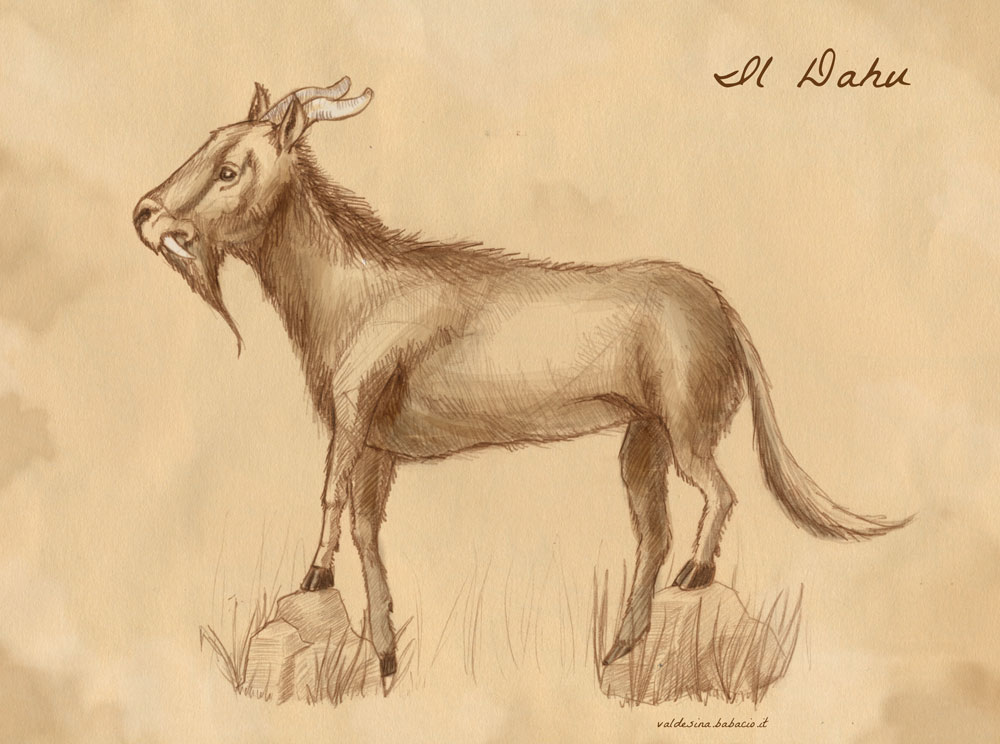 Therefore, there are two kinds of dahu: the destrogiro (dextro-rotary) which walks clockwise and the levogiro (laevo-rotary) who walks counterclockwise. The two types of dahu, as you can figure out, can’t pair off, because when they meet they always are face to face or bottom to bottom.
The area in which it lives goes from Alps, in Italy, to Pyrenees, in Spain, passing through the Massif Central, in France. Somebody told me that, in the past, some individuals have been seen on the mountains of North and South America and even on the Himalaya! It seems that its name descends from the call it produces when it gets in heat and tries to seduce a partner shouting: «Dahu! Dahu! Dahu!». Depending from the area it’s known also with the names of dairi, rarou, darhut, tamarou or tamarro. 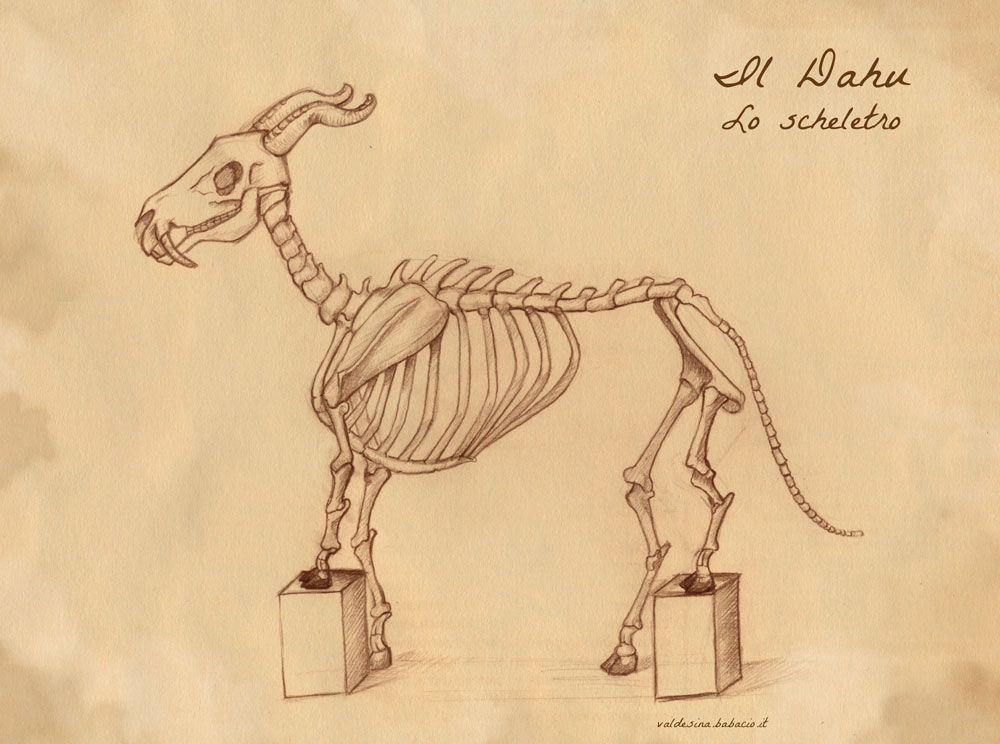 It’s narrated that there’s a surefire method to chase a dahu. You have to go on the mountains during the night with an assistant and wait for the arrival of a dahu. When you spot it you have to approach it without making a noise and then shout «DAHU!». The animal, curious by nature, will try to turn back to see who’s calling it, and at that point he’ll lose balance tumbling down towards the valley floor. Your assistant will be waiting for that moment in a lower position with a big canvas sack and he will just need to pick up the poor critter. It is said that the chase reaches its best results if the night ambush is made with a nice guy or a beautiful girl. 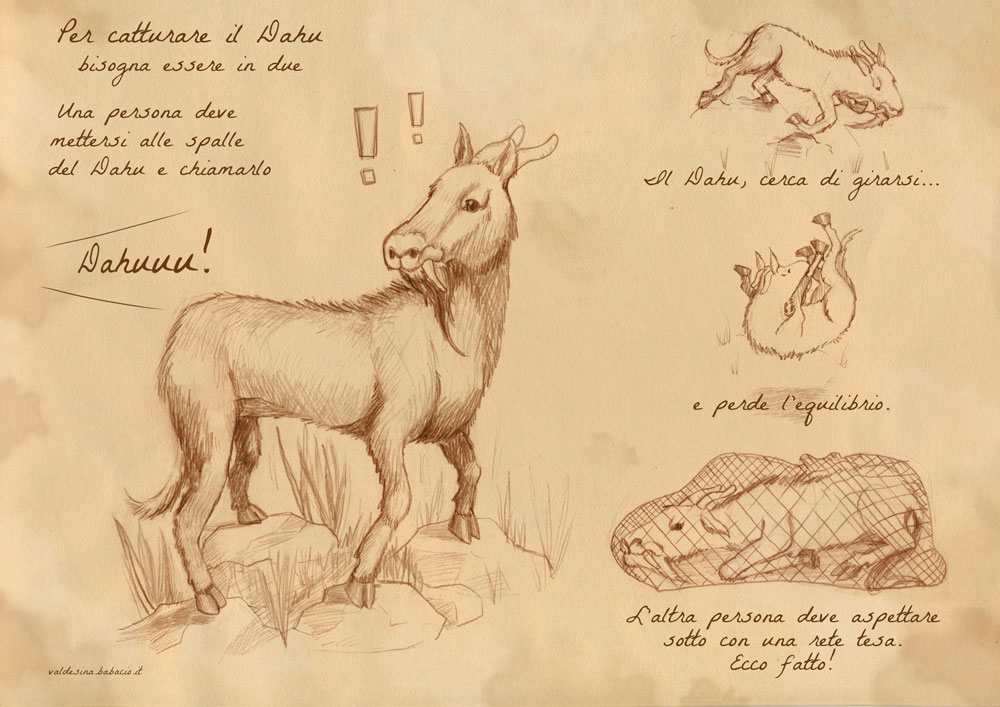 Well, now you know all the needed facts to identify this great animal. If you should spot one during a journey in the mountains don’t forget to recount me your sighting!