It is said that in ancient times the Angrogna valley had a very different look in comparison to the current and it is also said that the transformation should be ascribed to the direct intervention of the devil! 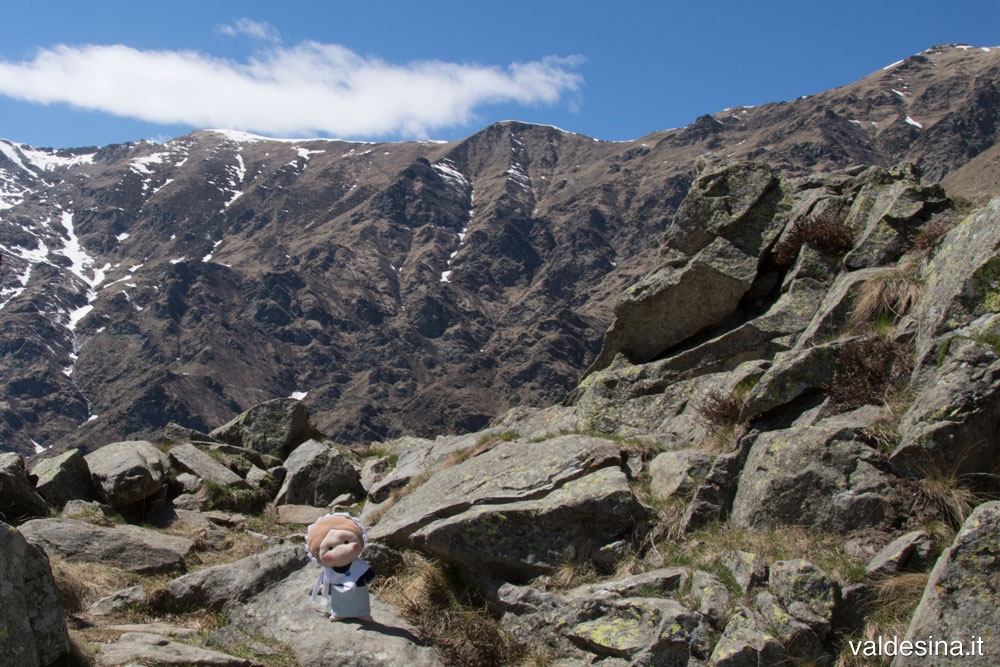 Today, this tight lateral valley of the val Pellice is quite rugged and irregular, and its high paths climb over precipitous slopes which often can give you a sense of vertigo. On the contrary, during stone age the Angrogna valley was marked by gentle hills, with sweet lakes and trees. The primitive men lived in caverns or in pile dwellings, used to wear pelts and had simple lives, hunting wild animals and picking the sweet fruits the nature offered them. They were strong, dignified and didn’t fear anything, not even the bears and the wolves that at that time were many on the territory. 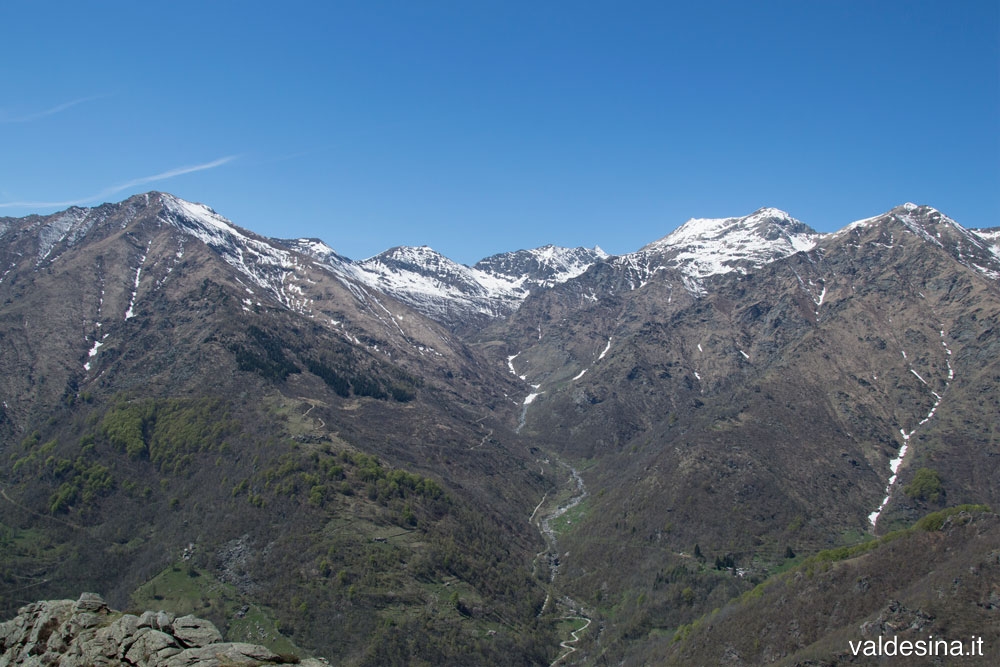 A day, the devil passed there, and because he couldn’t tolerate so much happyness and serenity in that simple-minded hearts, he decided to terrorise them. Then, he turned in a gigantic and dreadful semi-human creature, with green horns and caprine paws.
Carrying a big basket and a shovel, he climbed in just a couple of leaps the mountain that today we call Grand Truc. His steps made the land tremble, and for that the men hid in the caverns without even figuring out the terrible destiny that was reserved to them. The devil dropped the basket and singing softly started to dig the terrain leaving here and there some big holes that we can still see today: the Founza and the Founza dar Freidour. When his basket was full, he carried it again, but due to the big load he started to sink into the land. So, he used his big hands to grasp the trees, uprooting them, and trying to get free from the terrain he caused a lot of landslides, hurling around gazes full of hatred. The water of the lakes, spurted out from their basins, spilled out running all over the valley. With his pronged feet, the devil dug the terrain more and more, leaving behind him death and destruction. 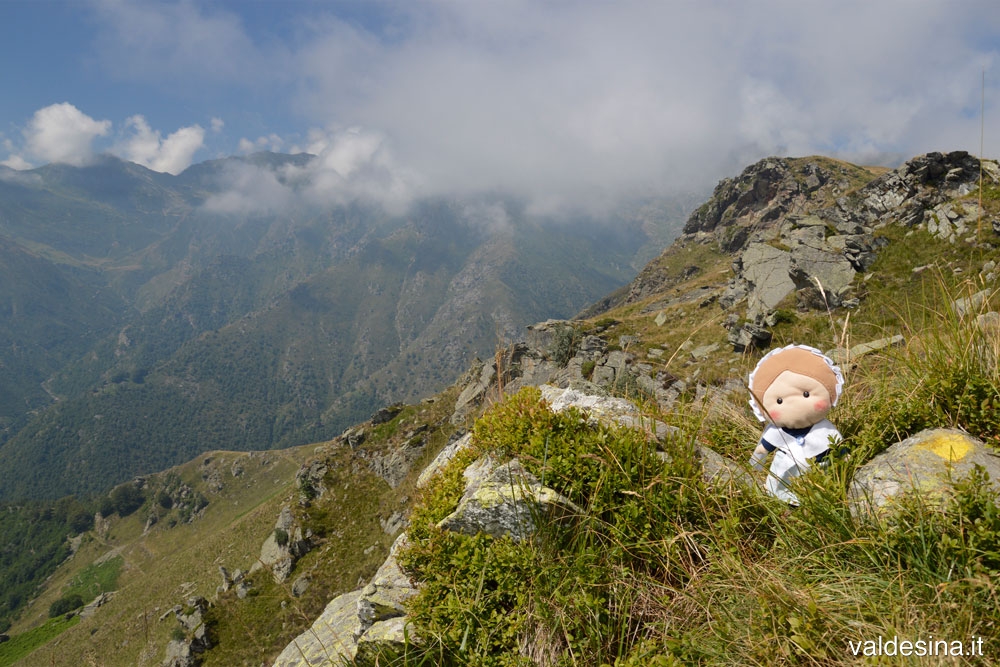 When he at last succeeded in getting rid from the land, he looked behind him, and when he realised that the gentle and green hills had been turned in a tight and irregular valley, with a single and poor creek flowing unsteadily between the scattered rocks, a pleased snigger appeared on his face.
The devil continued to walk whistling, but after a few steps he decided he had enough of the heavy basket, and so throwed it away and disappeared to go and make some other bad actions in some other place. That mountain made by the land abandoned by the devil in the middle of the flatland is nothing else than the Rocca di Cavour! Another origin of this place is recounted in the legend of the fairies of the Pra. What is your favourite version? 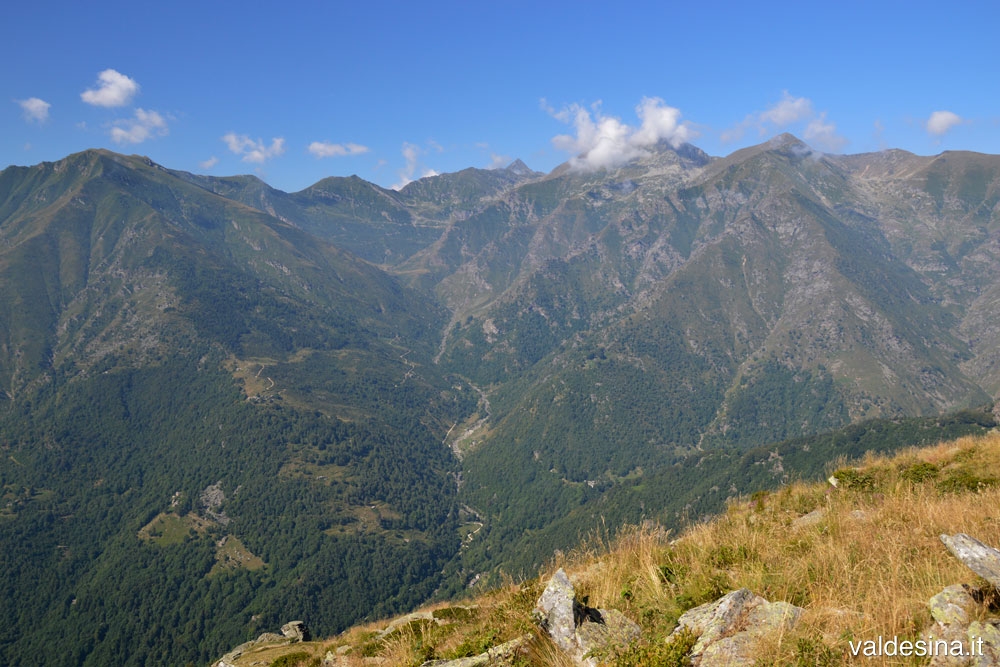 How to get here
From Pinerolo you’ll reach Luserna San Giovanni through the Statale 161. Once you have passed the town, turn right at the first roundabout and follow the directions to Angrogna: you can’t miss the right place!