Dear friends, when I went looking for the Malmatin pasture, near Alpe Infernet, in Angrogna valley, I started my journey from Vaccera hamlet under a bright sun. Then, I easily walked on the unpaved road that takes you to the houses of Crëvlira. After this hamlet, I continued on the nice mule track until I got to Alpe Souiran, then I took a small and overhanging trail. In the last part I hobbled on a steep rise and, when I was almost disheartened and close to give up, suddendly saw the roof of a small house. Yes, at the end it was Alpe Infërnet! In a few moments, the mist started to wrap these small houses of stone, mostly abandoned, that have been built between rocks and cliffs: the perfect atmosphere to tell you the story of a witchcraft that explains why there’s a place near here called Malmatin. 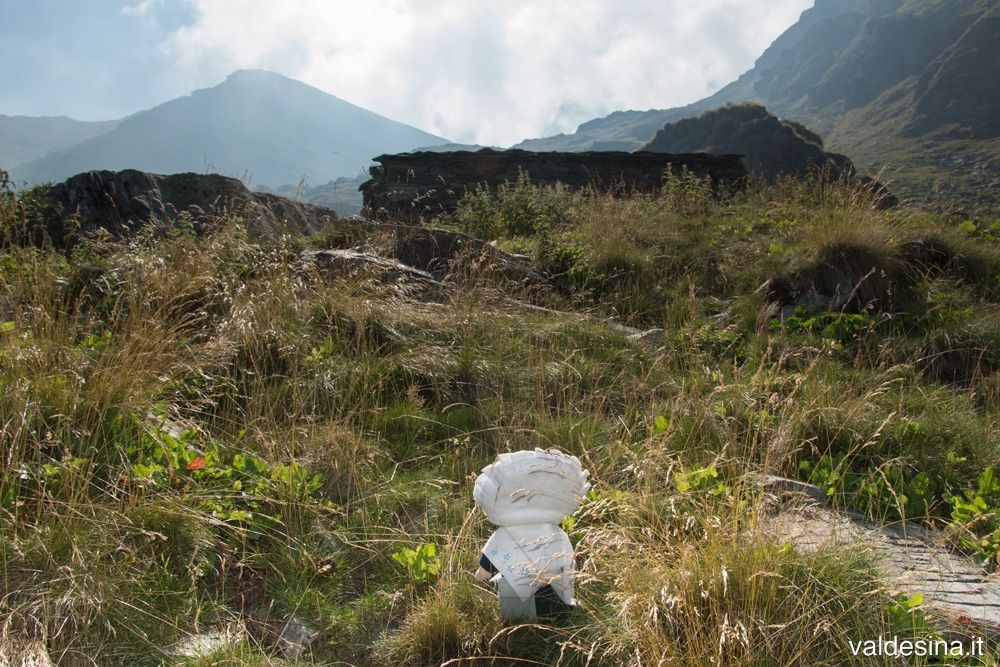 It’s told that a shepherd who lived in Alpe Infernet was notoriously a couch potato. When all the other shepherds were already out of bed since a bunch of time, he used to blissfully stay in his bed, ignoring the fact that his cow was hungry, and then used to get up only when the other colleagues were headed to the pasture. The cows loved to eat a particular kind of grass that could be found in some meadows that distant half an hour northeast from Alpe Infërnet, in a wide but steep field. The shepherds were aware that in order to get there they had to be very cautious, because a single false move could be fatal for one of their valuable cows, that could stumble and fall down. 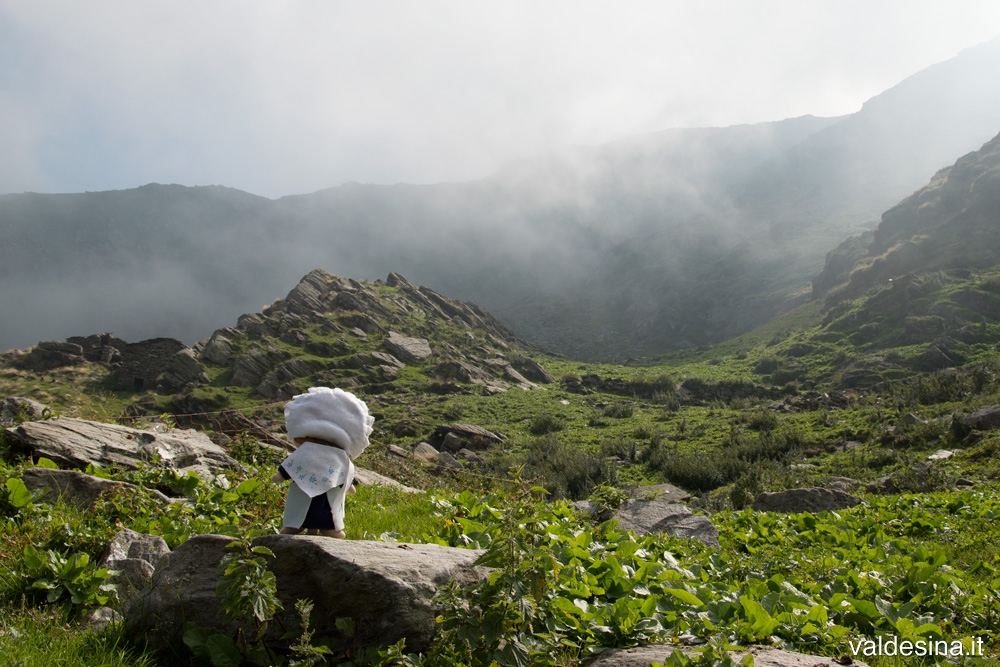 A day, all the other 17 shepherd of the Alpe decided to play a trick to their lazy friend. So, they woke up early, as usual, and then, after breakfast, took their herd and moved in the direction of the pastur, trying to produce the less noise as they could, even stopping up the cowbells in order to avoid waking up the sleepyhead. 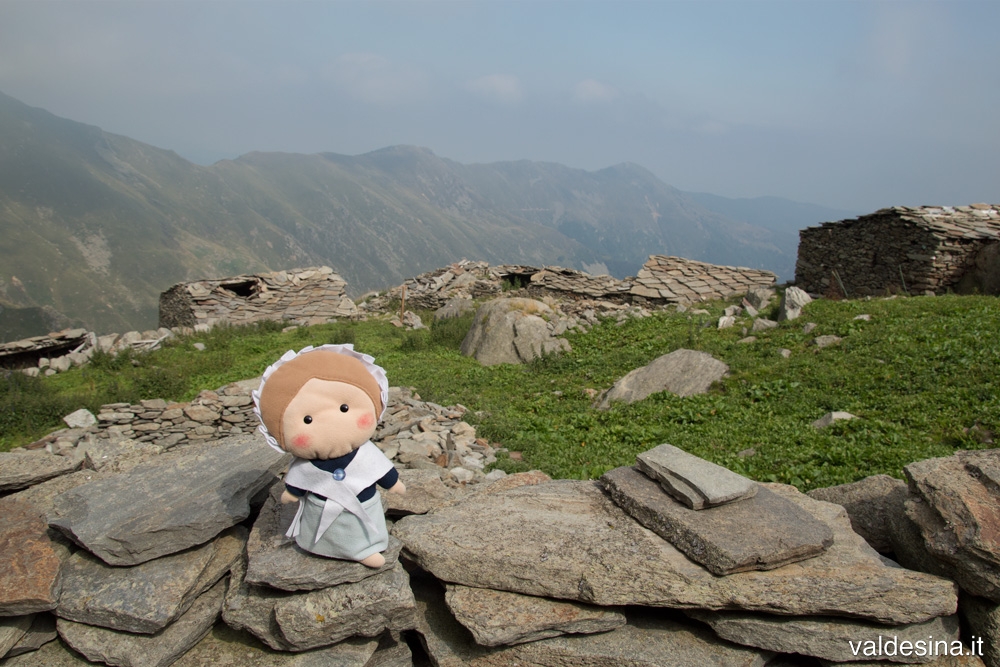 The sun was already high when the man woke up alone in the hamlet, went out and saw that everybody had sneaked away. Then, he pointed to the meadows hearing voices and laughs. «They’re taking the mick out of me!», he taught. His anger was so big that he screamed as nobody had never heard, like he wasn’t human. Some shepherd says that at that point, suddendly, from behind the rocks or from behind the Alpe, a big black figure jumped out. It was an enormous and dreadful demoniac animal that looked like a black pig. 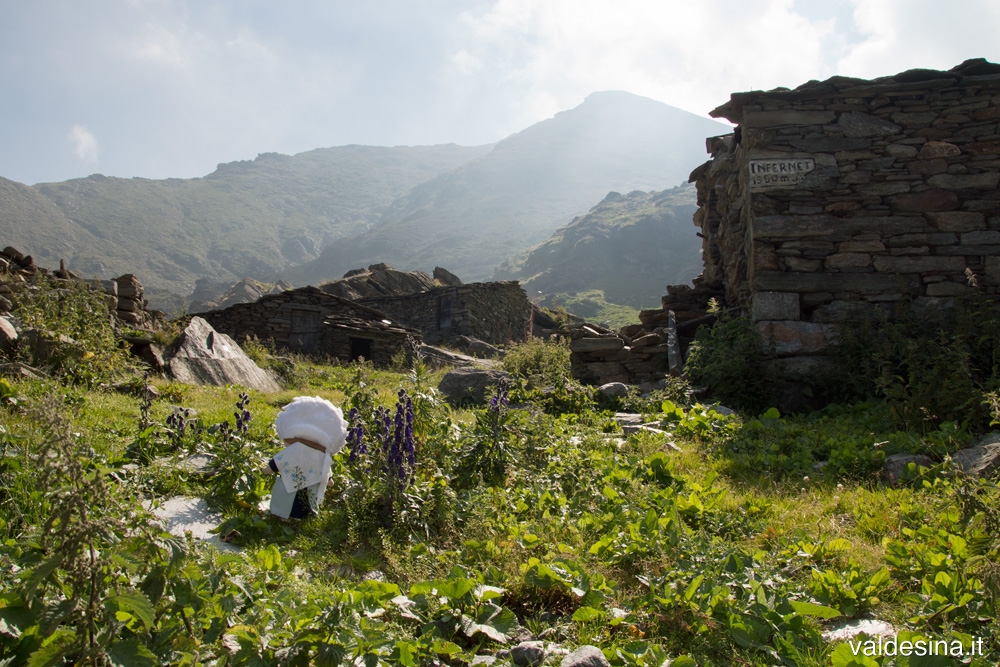 When the cows saw that monster, they started to run away like mad in every direction, stumbling and falling into the precipices in front of the shepherds, that weren’t able to do anything. The man, who actually was a sorcerer, triumphantly laughed and said: «Ha ha ha! You tried to play me a bad trick? Well, then you deserved a bad morning! (mal matin in local language)». This extraordinary event marked the collective imagination of the locals in such a strong way that since then this meadow is called Malmatin.