Here is the second part of a post about a very special sylva, located in Fenestrelle, in the middle of Val Chisone, not so far from Torino. In the first part I told you about this forest made up of larches, which in the centuries has been a natural shield against landslides and avalanches, keeping the village of Chambons safe. The story I’m telling today is its story. According to the experts, the village was born around 1.300 A.D., and the first larches date back at that time, when they were planted in order to create a protective sylva for the village. Some recent studies carried by forestry service consultants confirmed that the age of some trees is higher than 600 years! 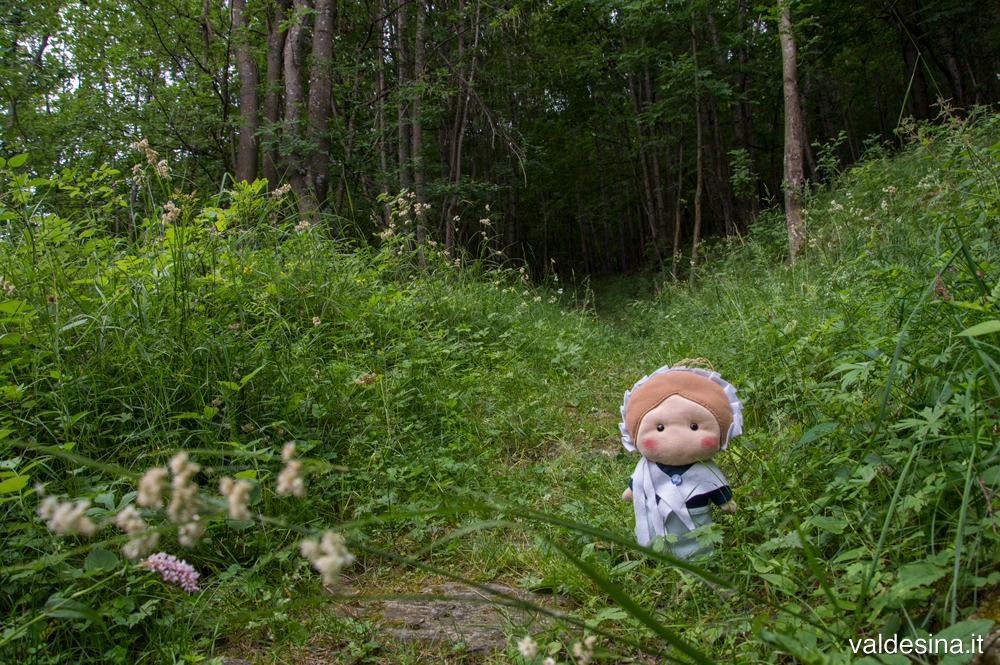 Due to its protective function, the sylva was highly valuable for the locals, as confirmed by the Gouthier Code, a document dating back to 1500s which prohibited to cut down a single tree, sanctioning it with hard fines.
Between the end of 1600s and the beginning of 1700s things started to change because of the growing need of wood. You must know that in that area, in that period, two strongholds were built: the Forte Mutin and the Forte di Fenestrelle. Many forests, even the ones which represented shields for the villages, got knocked down to use the wood to burn lime, cook the bread and the food for the soldiers working in the strongholds. But the forest of Chambons was preserved, and the cuts were only a few.
In the 1800s some quarrels started around the definition of the borders of the sylva, which was located on the territory of Mentoulles and Fenestrelle. Both the municipalities tried to move the border favourably to them, because they were aware of the value of these larches.

At a first time, the inhabitants of the village of Chambons asked to be annexed to Fenestrelle, because that town seemed more interested in respecting the forest. But the municipality refused to proceed, because the administration wanted to avoid bigger quarrels. At that point, the inhabitants of Chambons took an unprecedented decision: they wrote a letter to the authorities in Torino asking them the allowance to a bulk emigration in America. An extreme way of protest.

The opposition actions don’t end with this one: in 1879 the municipality of Mentoulles sent a representative to cut some trees, but he had to face what now we call The Insurrection of Women.

At that time, if such an action were carried on by men, they would have been accused of treachery and they would have had to face serious consequences. The women, on the contrary, were held in lower regard, and so even the punishment was inferior. Clearly, everybody was underestimating the force and stubborness of the women of the village!
Their tactic was simple and functional: the tiniest were tied to the main trees, whereas the strongest started to roll huge rocks down from the mountain, forcing the delegate and his men to run away. The history tells us that this uprising was punished with nothing more than a hard rebuke for the women, but what counts is that the forest was safe again.

A few years after these events the authorities tried to develop a plan to smooth out the different opinions, in order to use the so-desired wood and keep the population safe. Then, two projects were presented, triying to exchange huge cuts with new plants and public works to deflect avalanches. The problem is that these plans were never really carried on: the avalanche barrier was built, but the new plants were unsuccessful. Meanwhile, the cuts had started and they will go on until 1920s, reducing the forest to half its originary size. At that moment, despite of the continuous protests of the locals, only 5.000 original larches survived from the 9.000 of its maximum expansion. In that same period in the deforested areas the authorities started to plant Norway spruce, chosen because they easily take root. But the story tells us that this wasn’t a good idea: the roots of the Norway spruce are not enough strong and its thick foliage prevents not only the development of the bush, but also the growth of new larches. 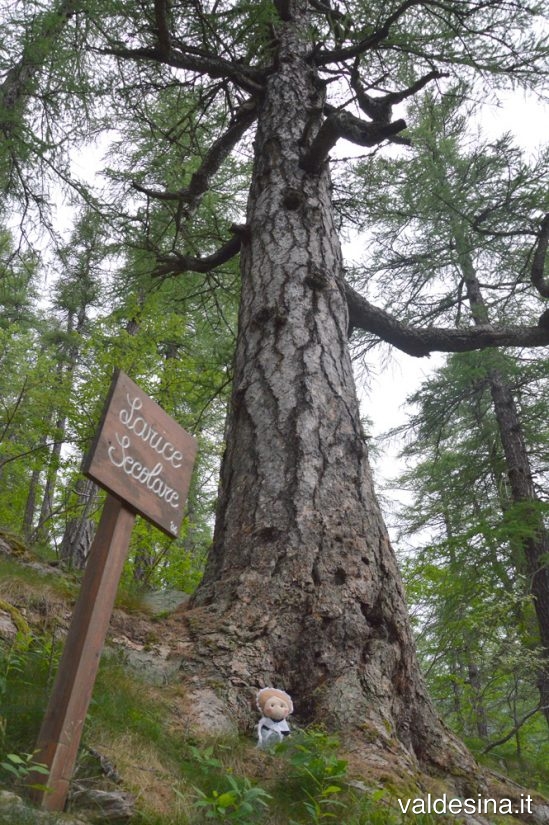 Today the forest of Chambons is part of a larches preservation and reimplantation project to bring back the ancient composition of the sylva. My suggestion is to go and visit this beautiful forest, to meet the magnificent larches following the main path, rich of illustrated panels which tell the story of these ancient and beautiful giants and of the locals, whose stubborness gives us, day by day, the opportunity to live such a place.