Today I want to tell you about a peculiar animal. Have you ever heard about the giumarro, also called gimerou or jumarre?
For sure, this creature doesn’t stand out for its elegance: it’s smaller than a donkey but it’s extremely strong, capable of carry on huge payloads on the mountain paths. Its body is stocky and its muzzle quite funny, with a bulging lower jaw and big teeth. It looks like a mixture of some traits of the donkey and some other of the bull: according to the legend, indeed, the jumarre is precisely generated by the union of these two animals. Given its sturdiness, it must have certainly been appreciated for the carriage of huge loads. 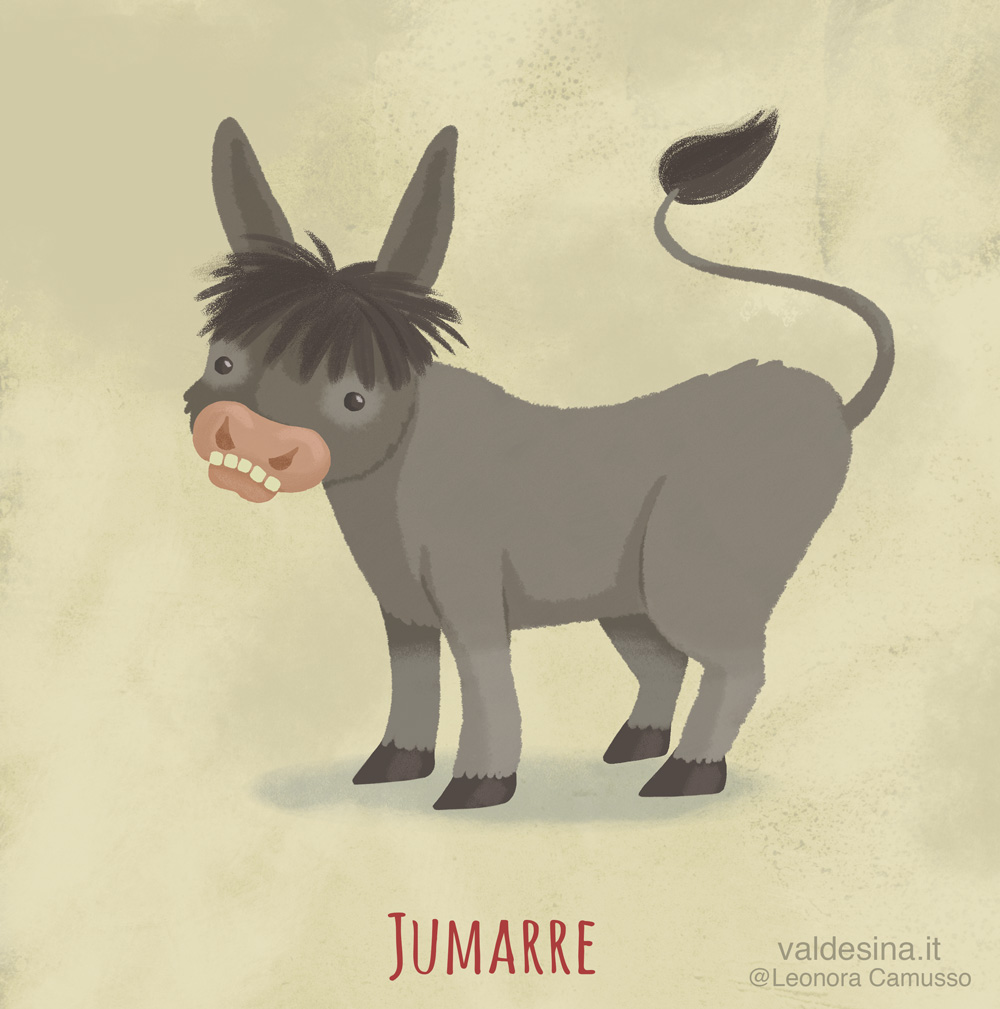 One of the most antique records of this animal dates back to the book written in 1669 by the Waldensian historian Jean Léger about the history of the Evangelical and Waldensian churches. In his work, the historian writes about a domestic animal, the jumarre, unknown in the rest of Europe. Léger writes about two different types of jumarre: the bigger one, called Baf, son of a bull and a mare, and the smaller one, called Bif, son of a bull and a jennet.
This few lines about this animal caused a lot of problems to the reliability of the whole book written by Léger. In particular during the 1800s, indeed, many religious opponents of the Waldensians stated that if that book could affirm something like the existance of the giumarro, for sure it was plenty of many other lies! 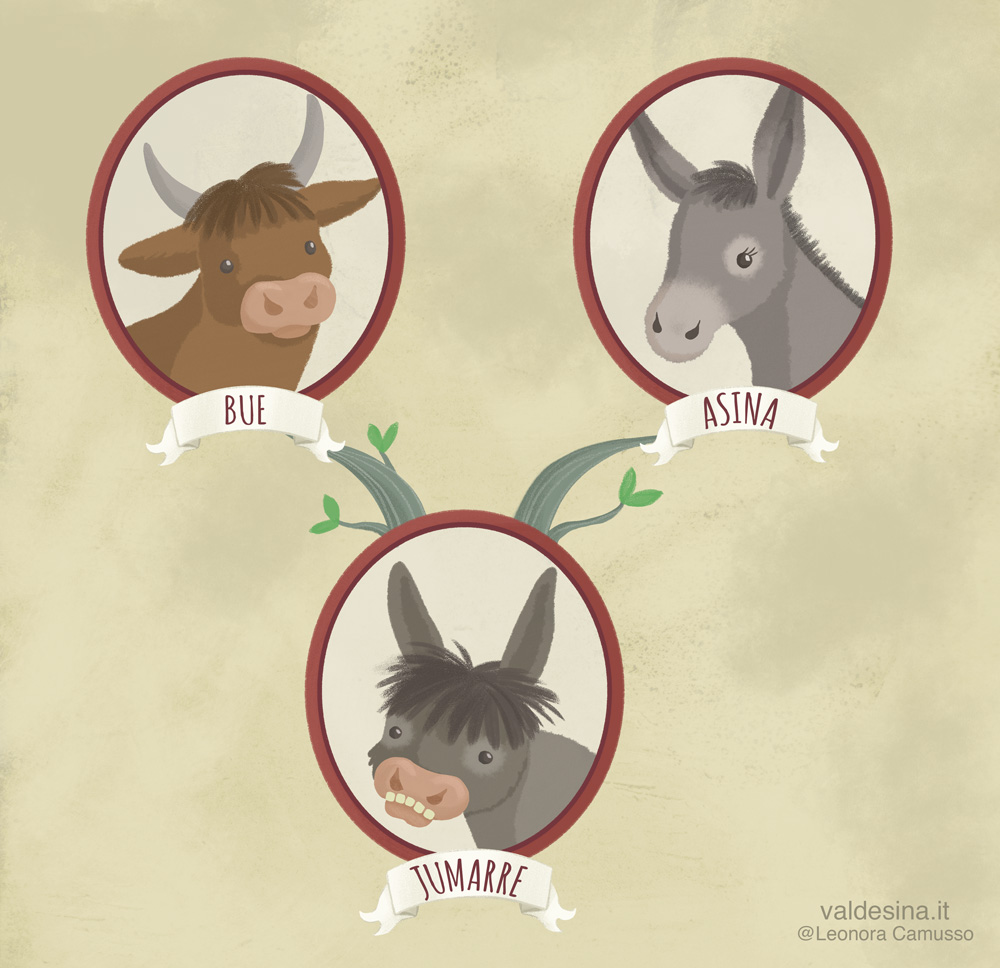 Actually, some hints about the existance of this animal can be found also in some other preceding works, so much that its also mentioned in various dictionaries and in the books of authors like Voltaire, Leibniz and Kant.
At the end of 18th Century some veterinary medicine schools bought in the Valleys some specimens of this strange animal with the purpose of study them. After a while, they realised that these beasts weren’t actual crossbreeds between donkeys and bulls, because these species were too different to preserve the possibility of breed.

However, the figure of speech “fort coum un gimerou”, that is “strong like a giumarro”, survives until the present days. Somebody in the Valleys still says that he has had a giumarro and always tells about his strenght, but also about his grumpy nature!
More likely, these animals existed, but they were a crossbreed between a jennet (probably belonging to the very robust thoroughbred of donkeys of Savoy) and a horse. It’s likely that the legend has been kept alive by the muleteers that used to sell these legendary strong beast at a similarly legendary price!

What do you think? Have you ever seen an animal with such features?