Today I want to tell you about a folkloric creature, often spotted in Waldensian Valleys. I’m talking about a mixed one, half canine and half human, with a unrestrainable ferocity and the very bad habit of eating all the unlucky ones that bump into it. Yes, I’m talking about the werewolf, also known in the Valleys as loup garou or loup ravat. 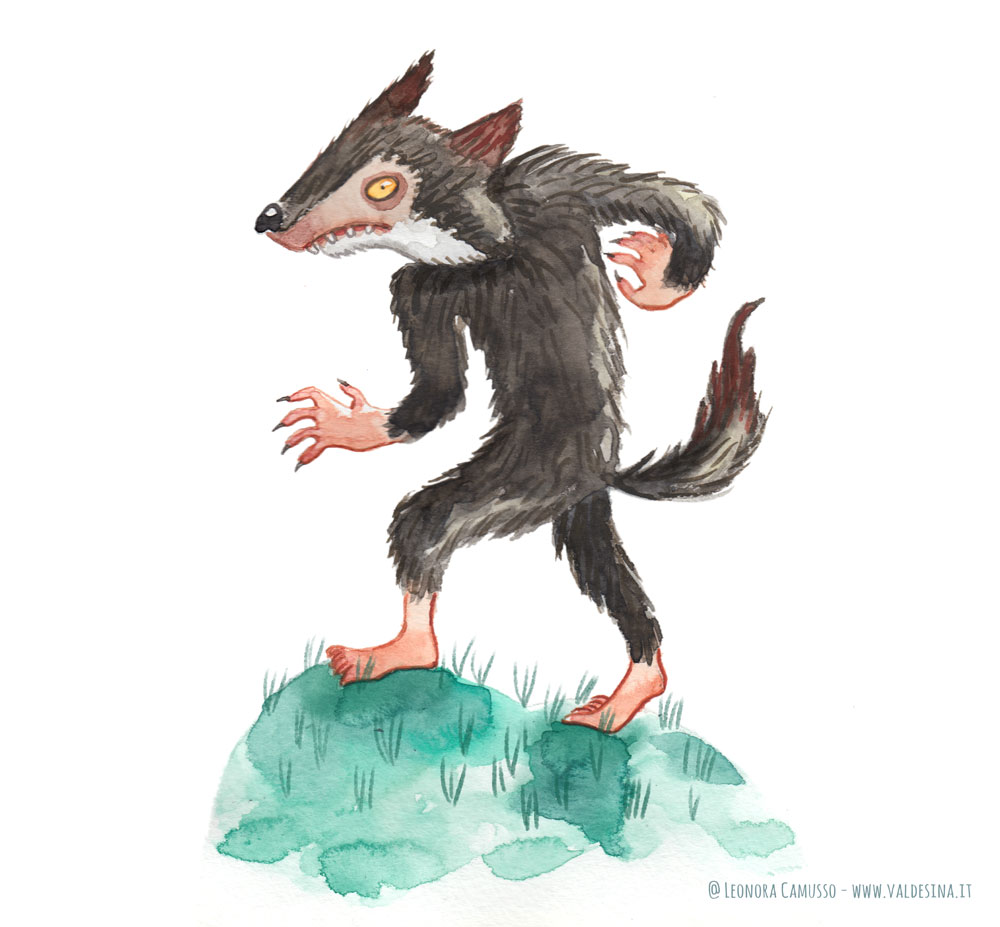 Since ancient times, the wolf has always stimulated our imagination with a mixture of admiration and fear. It appears in the myths of many cultures in all the world, from Mexico to North America, from Scandinavia to Middle East. But it’s during Middle Ages that, in the collective imagination of Europeans, the wolf turned in a fictional creature, evil and dangerous: the werewolf.
To find the origins of this legend we have to travel back in time, when the wolf started to be feared because its habitat was overlapping the human settlements, because of a growth in population. Its attacks against livestock became more and more recurring and the wolf started to be perceived as a threat to our very survival. In the following centuries the fantasy, fueled by famine and fear, gave birth to the dreadful idea of the wolf concealing behind human aspect: he could even be your neighbour, just like happens in this legend I’ve already told you.

In another story from Waldensian Valleys it’s told that, a day, two farmers were mowing the grass in a lawn, when the youngest one found, behind a rock, a wolf skin. «Leave it there», said the other one, «it brings bad luck!». But the boy didn’t pay attention to him and, acting like a boaster, wore it over his head. All at once, his face changed and he started to shout «drop it! Put it off me! Or I’m going to eat all of you». Just after the other farmer relieved him from the wolf skin, and after the youngest one went beyond the shock, he said he felt an unrestrainable desire of bite human flesh. 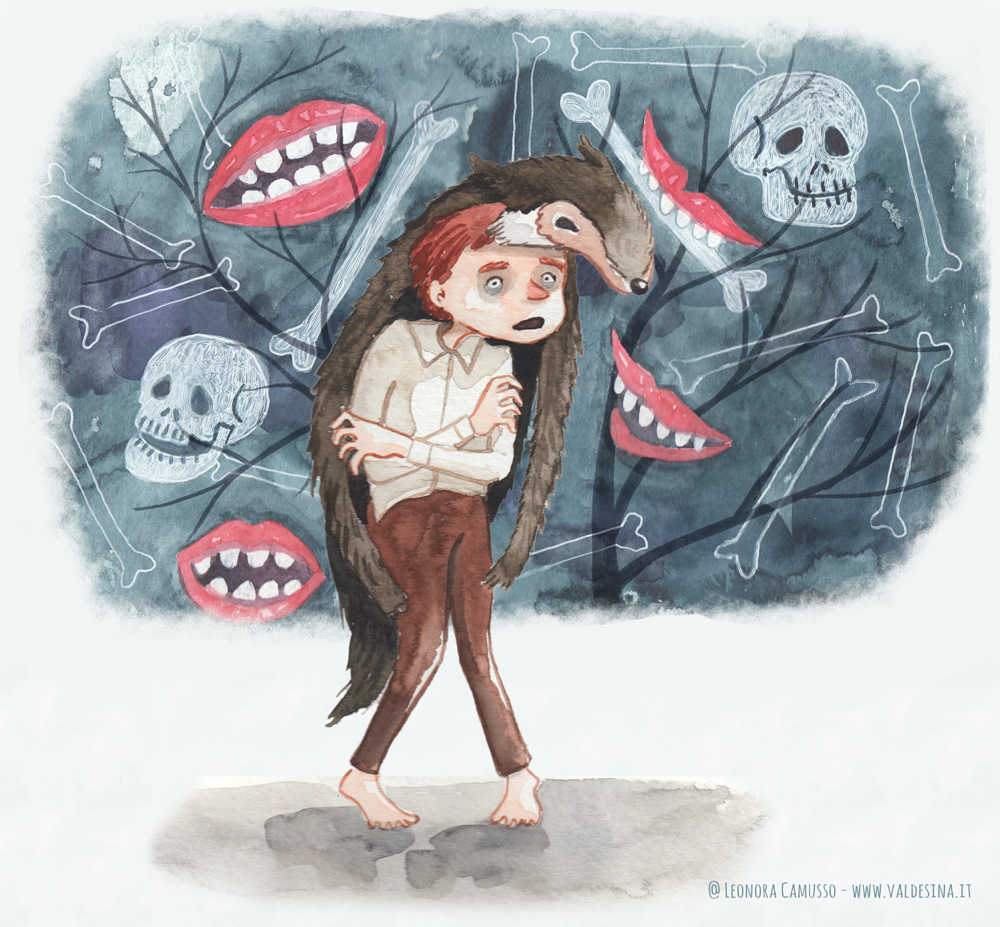 And what about you? Do you know other stories like this? Write me, I can’t wait the time to hear them!