Hi guys!
Ready for a new story today?
A young man used to go and meet up every evening with two sisters, until one winter day they told him that the next evening they would not be home… the boy, intrigued by the girls’ sudden commitment , went secretly to the sisters’ house and spied them from the lock; he saw them undressing, applying an ointment on their bodies and disappearing in the fireplace after pronouncing the words: “Take me neither up nor down, but where you know”. 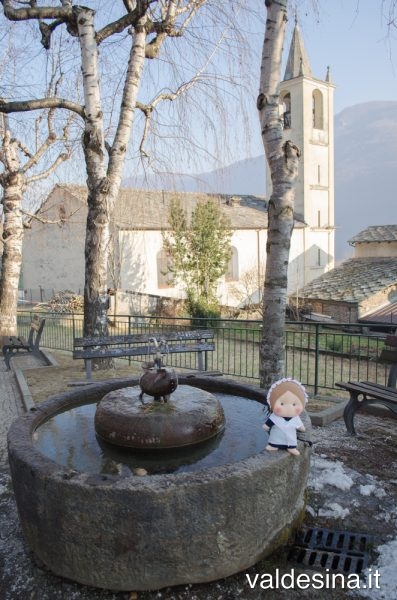 Immediately after the boy ran into the house, he got undressed and applied the same substance on his body repeating the words he remembered: “Take me up, down, and where you know!”. All of a sudden he was thrown high above the roof, then down to the ground, rolling through brambles and bushes and covering himself with scratches and bruises. Fortunately, shortly afterwards he stopped… he found himself in a luminous clearing, where a large table full of food was prepared and where many people were feasting. The two sisters were also there as well! As soon as they saw him, they brought him a glass of dark liquid that immediately made his wounds heal.

The young man was then dressed and they made him seat at the table where he ate lots and lots of delicacies.
One of the sisters told him in his ear: “As long as we stay here, do not ever mention the name of God…”.
At the end of the dinner, an old woman approached the three dudes and placed a huge basket full of cherries on the table. The young man was very surprised ’cause it was January and could not hold back an exclamation of surprise: “God be with us!” …and suddenly by magic everyone disappeared. The boy found himself alone, naked and cold, in the dark of the woods and he understood that till just before he had been in the middle of a meeting of “masche” (witches)! 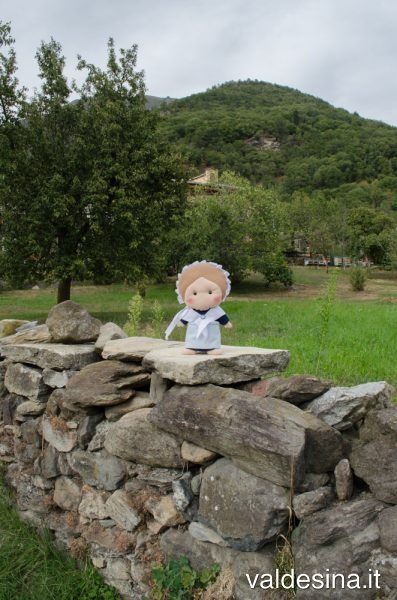 How to get here:
reach Villar Pellice through Provincial Road 161, then at the entrance to the village turn left into Martiri street, reaching Jervis square.
We do not know in which place or village of Villar Pellice the legend was set, the photos were taken in the capital of the municipality and in the township Charmis.